Located off the coast of Ecuador, the Galapagos Islands are on nature lovers' bucket lists for a good reason. There are plenty of plants, animals, and landscapes that you simply cannot see anywhere else in the world. During my two weeks there, I dove with dozens of scalloped hammerhead sharks, watched blue-footed boobies dance to impress potential mates, swam with Galapagos penguins and watched Galapagos tortoises meander across a mountain. I hiked over freshly oozed lava fields and learned about how the finches on these islands led Charles Darwin to develop his Theory of Evolution. But while it was an extraordinary exploration, I didn't have to pay an extraordinary amount. A trip to the Galapagos, airfare notwithstanding, can be surprisingly affordable. The key is to come prepared and knowledgeable. 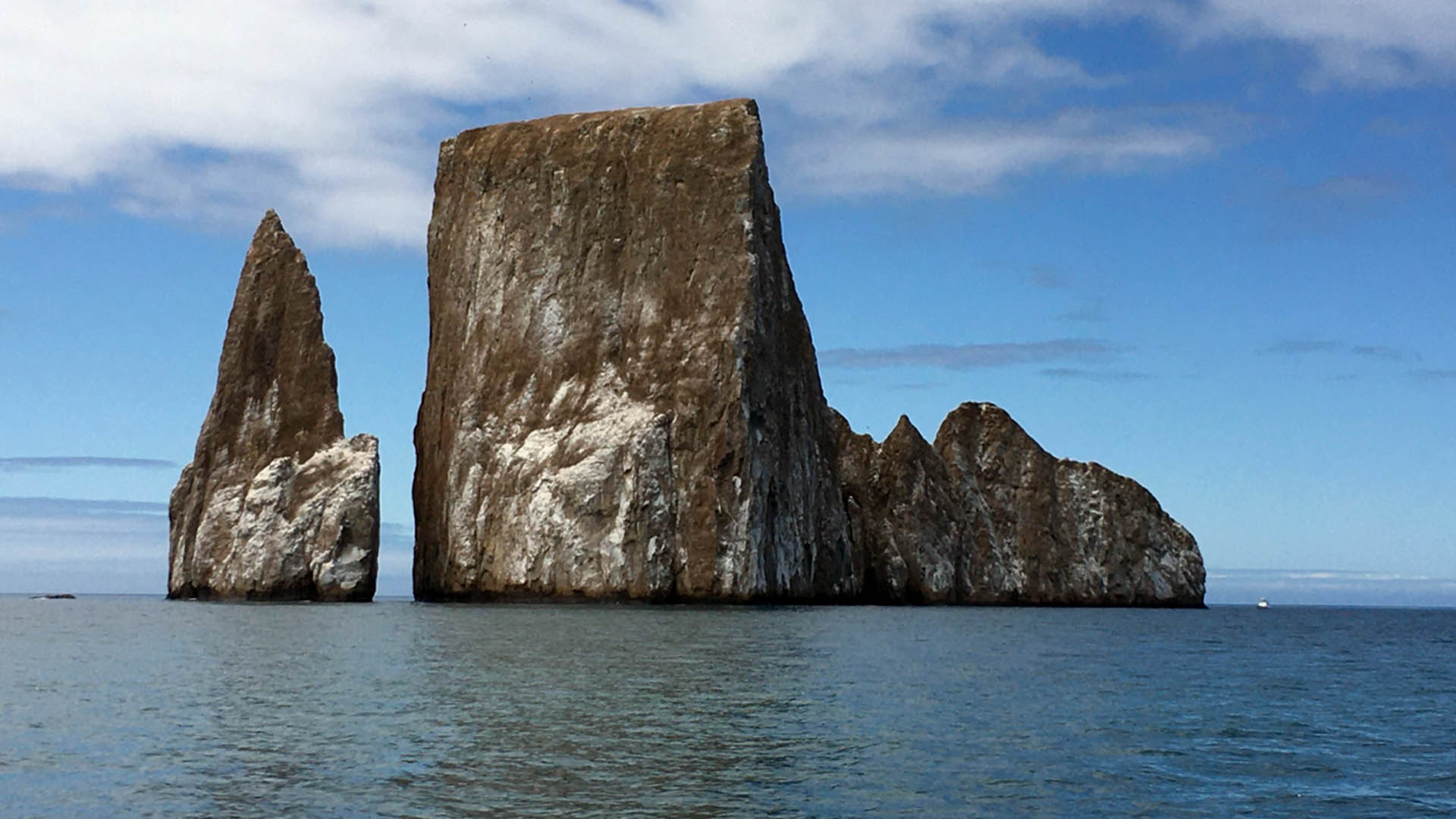 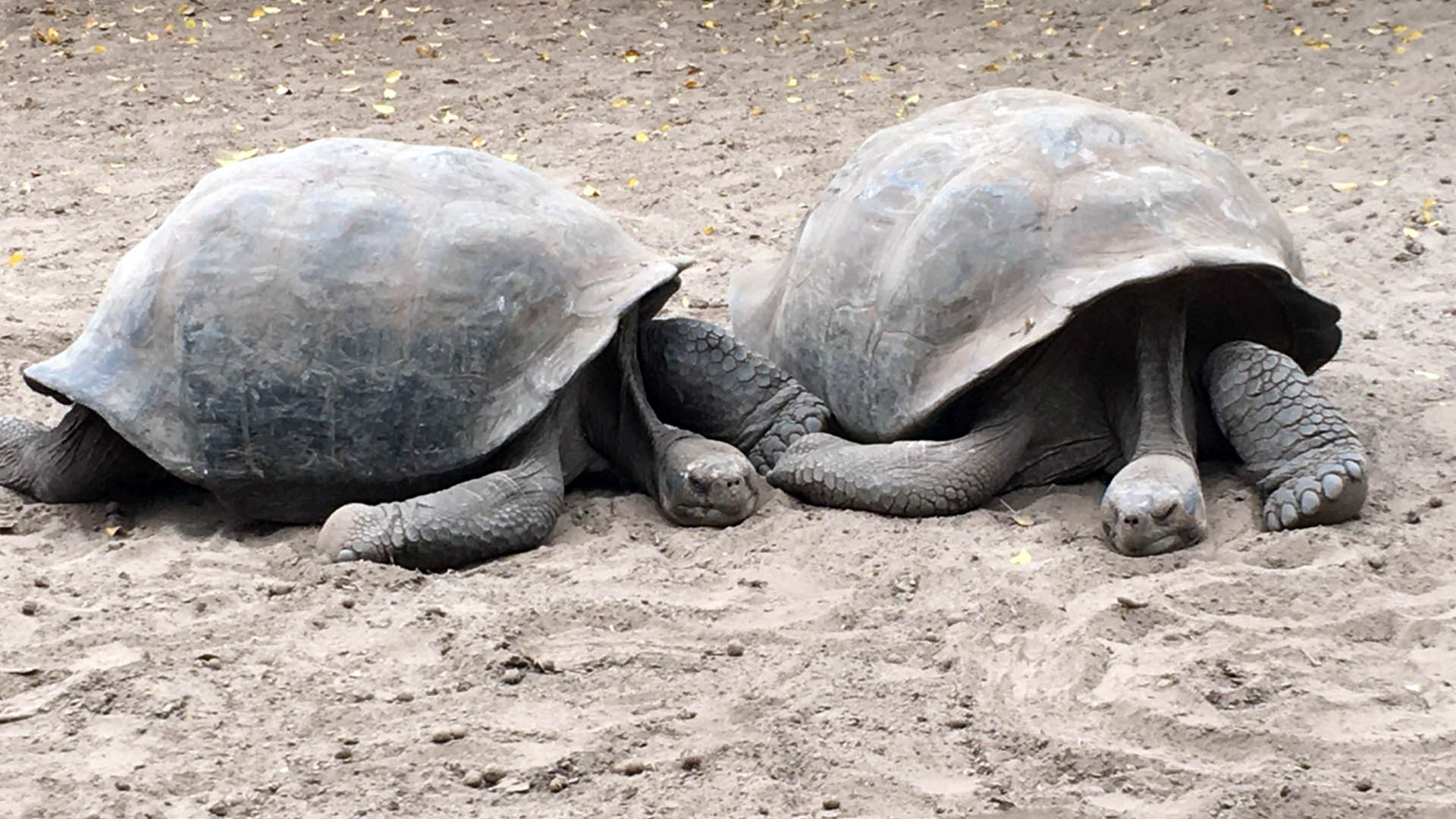 Average costs in this area

Transportation - There's no boat heading from the mainland of Ecuador to the Galapagos, so you must purchase a plane ticket from either Guayaquil or Quito. Since I was already living on the coast near Guayaquil, I was able to book a bus to the airport and a flight into Baltra Island for around $175. (Ecuador's currency is the U.S. dollar.)
When budgeting, keep in mind a few necessities upon arrival:
• Galapagos National Park entrance fee, which is US$110 for foreign adults
• Shuttle bus from Baltra Island to the ferry dock, $5
• Short ferry to Santa Cruz, which costs $1
• Bus to downtown (runs without a schedule for $5) or a taxi, which costs $20
There are 21 islands that make up the Galapagos, but only four (Santa Cruz, Isabela, San Cristobal, and Floreana) are inhabited. There's another airport on San Cristobal that's more accessible in town but smaller.

Accommodation - Santa Cruz, hostels with private rooms and baths cost around $30/night and were easily booked through www.goetica.org.

1. Booking a Naturalist Cruise – Since the entire island chain is considered a national park, there are many places that are off-limits if you aren’t part of a group led by a licensed guide. While it’s possible to organize day tours to the different islands or book a very expensive SCUBA trip with multiple dives a day, I recommend buying a last-minute cruise from one of the many independent operators working to fill up empty staterooms.

Even with my limited Spanish, I was able to easily book a 6-day, 5-night cruise through the westward islands for $1,100 (cash only, and the ATMs have daily limits to plan for) that left the following day from Santa Cruz. In the meantime, I stayed at one of the hostels and explored El Chato Tortoise Reserve, Los Gemelos Craters and Los Tuneles, which are underground lava tunnels.

On Santa Cruz, you can enjoy a local beer (the brand is appropriately named Endemic) before walking to the Charles Darwin Research Center. There, you can learn about how animal species on the different islands had to adapt to their different surroundings in order to thrive and, eventually, evolve without human disruption.

2. Sightseeing the Western Route – Cruises around the Galapagos have a few routes, and I choose the one that took me in a comfortable vessel from the port in Santa Cruz west to circumnavigate the island of Isabela, with stops in Fernandina, Rabida, and North Seymour.

Every day, along with plentiful meals and snacks, I enjoyed guided hikes, snorkel trips, and birding adventures in the dingy that brought me face-to-face with sea lions, a Galapagos sea eel, Galapagos fur seals and even a flightless cormorant devouring a fish it had just hunted in the water.

On one snorkel off Fernandina, a juvenile sea lion frolicked around me as a marine iguana munched on some algae underwater nearby. Scores of sea turtles swam around me, as well as a small white tip reef shark. I’ve swum in waters all over the world, and the experience was one of the very best.

3. SCUBA Dives and Island Hopping – I kept my camera busy even after I returned from the cruise. The next day, I scheduled a SCUBA dive on Gordon Rocks, where I ended up seeing so many eagle rays, moray eels, hammerhead sharks, and a few Galapagos sharks, too. A mola-mola was spotted the day prior, but unfortunately, my dive group missed out.

Still salty, I next booked a ferry for $20 from Santa Cruz to the island of San Cristobal for a few days.

From there, I decided to take another SCUBA dive on Kicker Rock. The visibility wasn’t the best, but I was still able to swim through a cloud of fish as wide as I could see.

I finished up my Galapagos exploration with a hike along the water’s edge on San Cristobal to a beach called Playa de Oro. There, a sea lion walking down the beach passed just inches from my towel — yet another unforgettable moment that made the experience so special. 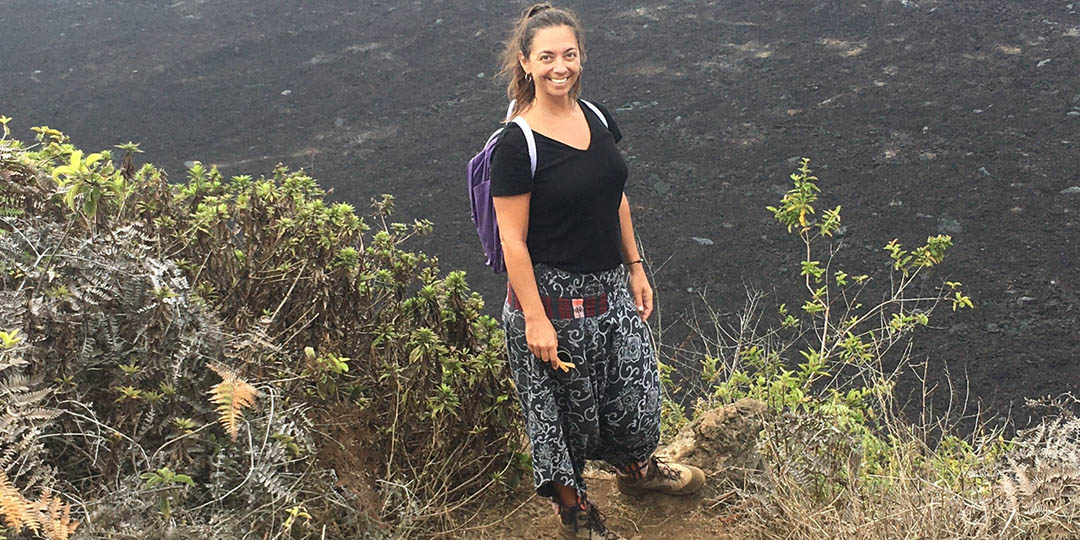 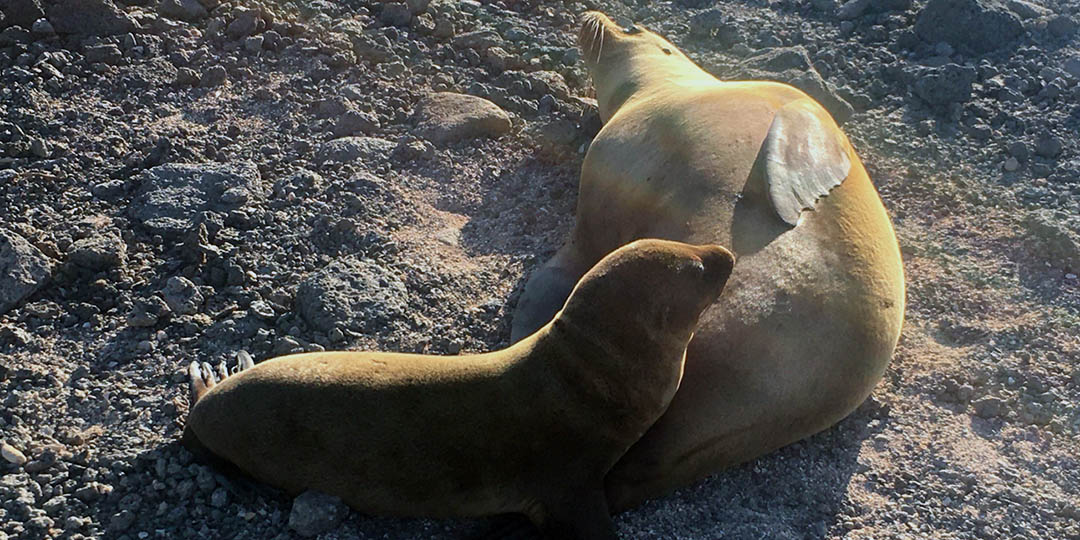 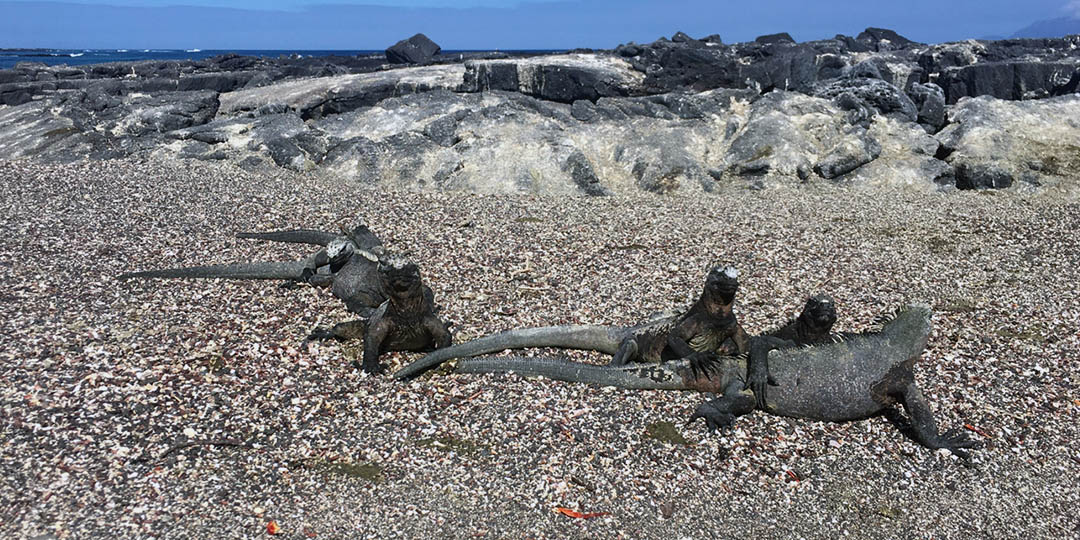 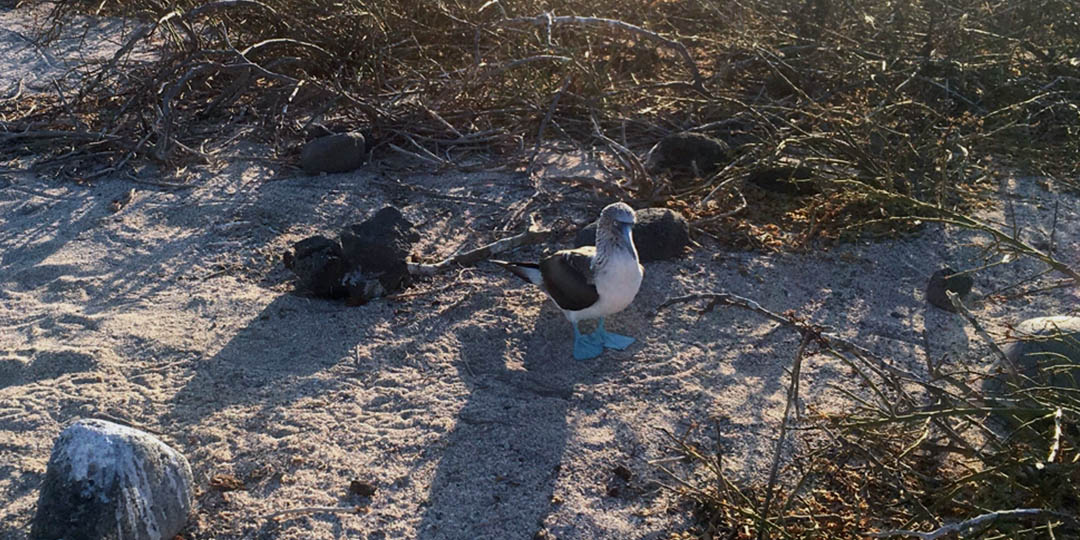 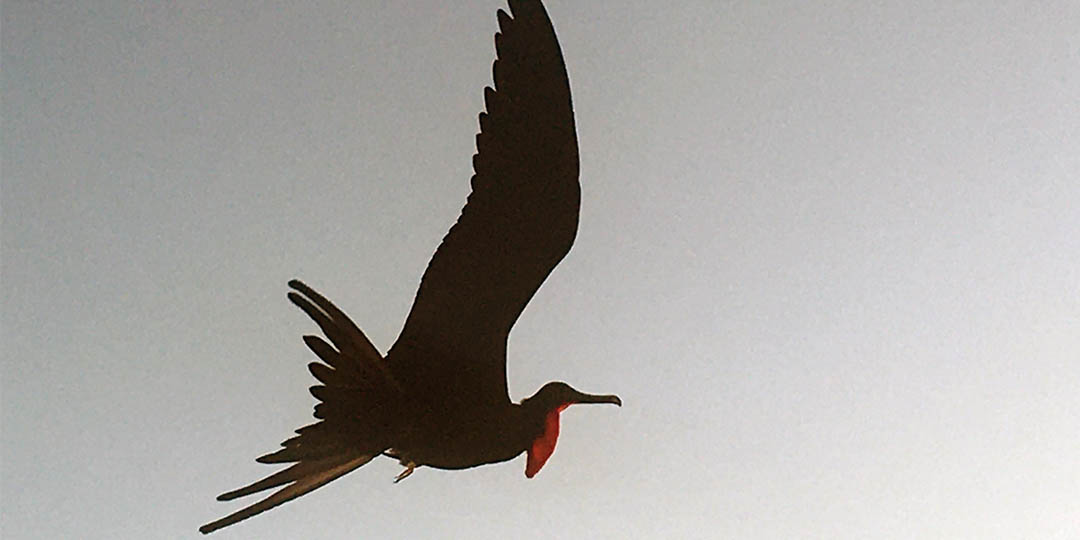 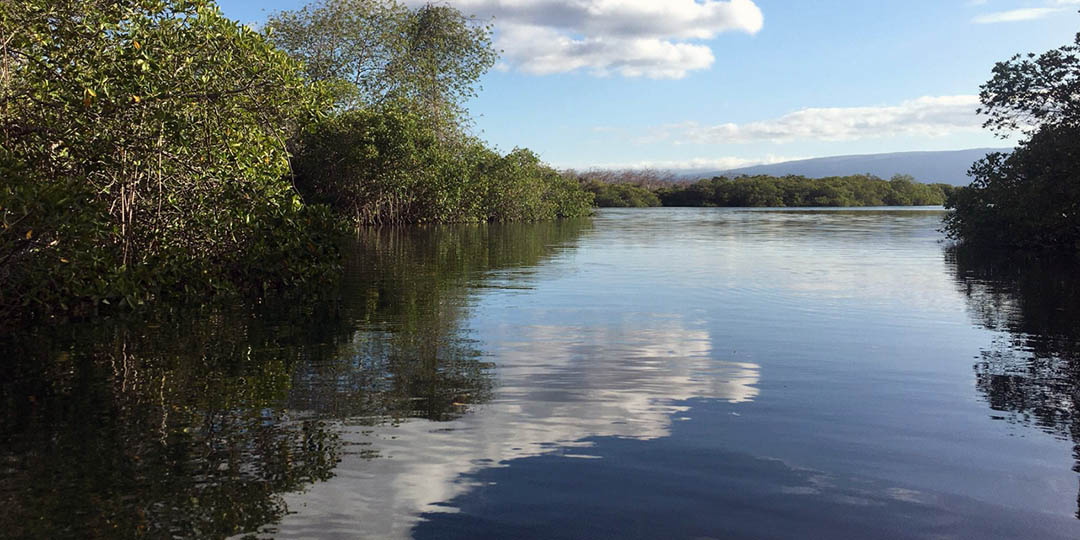 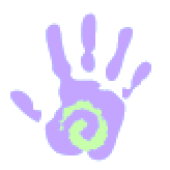 When she is not working on shining her lovelight to her friends and neighbors, Suzanne is a professional writer and marketing consultant. please browse her resume and a sampling of her published work by clicking the links below. 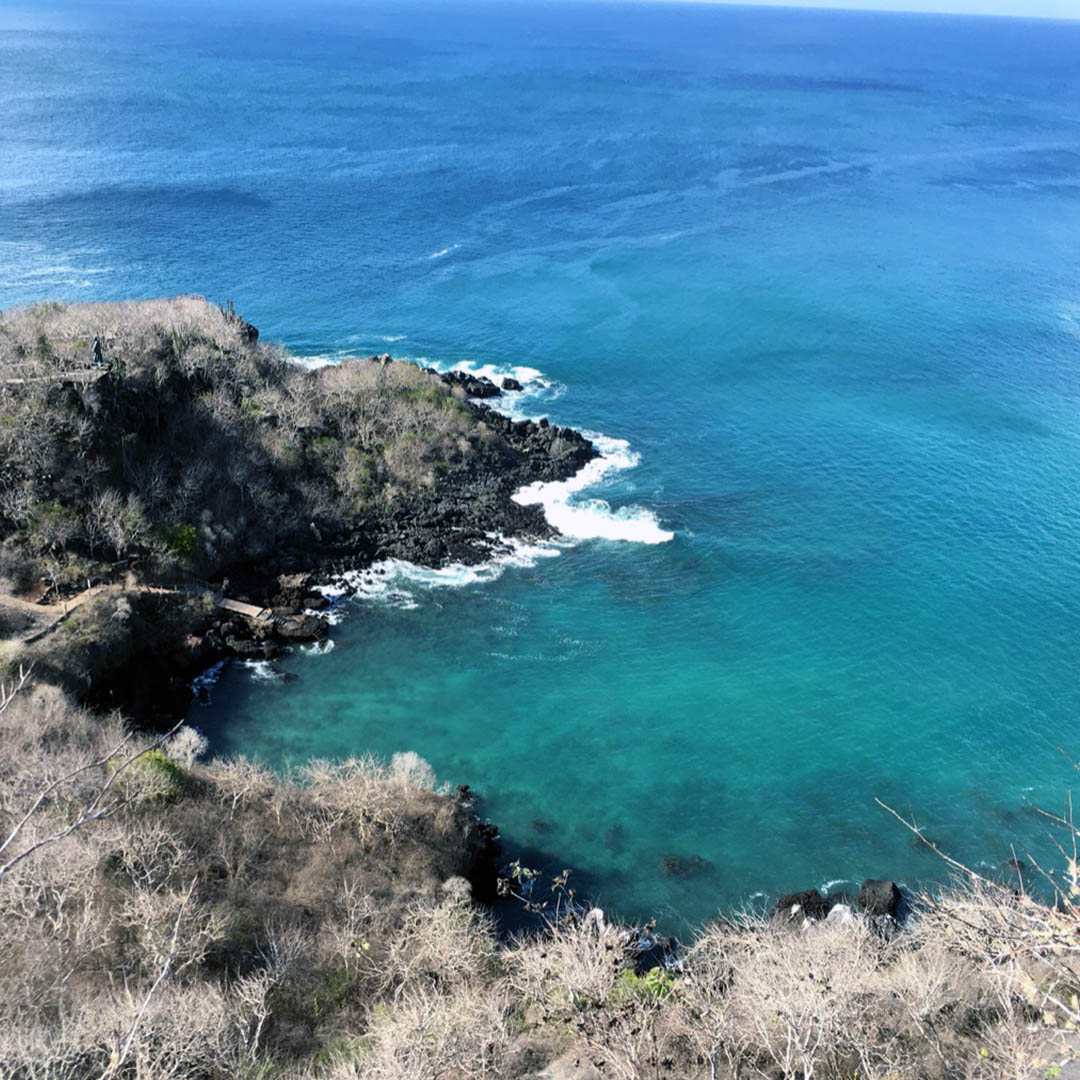